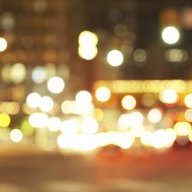 An anti-racist action group has started back up again in Minneapolis and I was wondering if anyone was interested in joining. There have only been a few meetings so far and one tomorrow night. There has so far been a counter-protest held against the National Socialist Movement Party last Saturday in Austin. The group has started up partly because of the NSM's increased presence in the area as well as other things and it would be nice to build it to be a really good anti-racist group in the area.