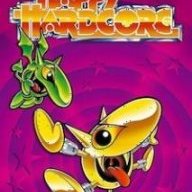 Just check the link, no need to copy paste...

FROM THE LINK ABOVE:
Fuck s144! Another test of section 144 of LASPO has failed for the cops (This law criminalised squatting in residential buildings in 2012 for England and Wales).

Two protestors who occupied a residential building owned by Camden council in protest at its sell-off and the wider sell-off of council housing across London, appeared at Highbury Corner Magistrates court on Tuesday 26th August.

They were charged under the Legal Aid, Sentencing, and Punishment of Offenders Act (LASPO) section 144 which makes it a criminal offence to live or intend to live in an abandoned residential building. Section 144 criminalises homeless people trying to find a home. It also criminalises protesters who are trying to take action against the housing crisis through protest occupations such as this one.

The trial, planned for two days, quickly collapsed when the judge established that the owner was unknown and therefore a case of trespass could not be made. So despite having gone to court, the cops screwed it up again, just like they did in Brighton.

Whilst people have been found guilty under the new law, no-one who decided to fight their case and plead not guilty has yet been convicted. The new law is both unworkable and unenforceable.

ASS - stands for Advisory Service for Squatters, its UK based help for squatters kind of Anarchist Black Cross ...
You must log in or register to reply here.

A little bit of info about Camden Town in London, UK