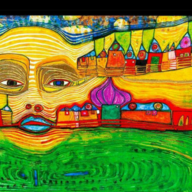 I arrived with misconceptions that New Zealand would be very expensive and stealth camping difficult, in fact the generosity of the people make up for the need for money
I've continuously been invited in, taken for a ride, given food or people have gone out of their way to be nice

Hitching is VERY easy, (though it might have something to do with having a backpack and them feeling for you) its quite easy to sleep outside, you just have to be discreet there's a place in Auckland you can eat for free, midday. Wellington too. There's Zilch in Palmerston and kaiwithlove in Nelson

For sleeping outside in Auckland there's a park for Mr Savage, New Zealand's first labour prime minister, on the way to St Helier, so many beaches where there's toilets, (a shoutout to the magnificent Karekare beach) I have been told that a bivy bag would be good, I can't be bothered with a tent, too heavy too visible...you do need something for the occasional mosquito, I use a muslin scarf
So I just check the weather, in those days when it was raining I was lucky enough to meet people

There are half price goods in the supermarket, not many, in the supermarket chain Countdown free fruit for kids and the bins are occasionally open (New World)
I've asked, tried to ask as your going through, there are food banks and free food for homeless, salvation army is good, butso would be a collectivemanche for them

There is free fruit if you know where look for I guess loquat, feijoas is incredibly tasty a native fruit if bottled, jam or otherwise, the banana paradis fruit is considered a pest and there are many "weeds" good for salad greens.... for those who like hunting , it's legal to kill animals (goat, pig, possum) fish freely (within certain restrictions you can learn about by getting a booklet from a fish&bait shop)
Currently the possum skins are going for 100 bucks a kg but I would hesitate to eat them as they may have ingested 1080 a poison being used for the last 40 years by the DOC (dept. of Conservation)

You have to watch out for the sun, bring enough sunscreen or have a bottle with a mix of clay with water, google and post suggestions for stuff against sandflies or mosquitoes, such as eat spicy stuff, turpentine, eat biscuits made with lavender, spray yourself with vanilla etc (google it)

Learning Maori can be useful, tungata phenua is what to ask if you think the person you're talking to is Maori. You can start by the reading the road signs it will give you a sense of the pronounciation as the way the speak

I personally found that Woofing can be interesting to learn new skills, chill a bit or socialize but housiting, being homeless

Buying a van is a possibility, most do it that way but get caught in the comfort and the traps of having so much stuff. You should make sure to get a van cheap by being here in winter or early spring or sharing someone elses, hitching when need be or an even cheaper option using a car and parking it to sleep elsewhere....

You can easily volunteer to get into many festivals for free and these provide an amazing space to meet and be with open minded people. Small towns like Takaka often have markets or common land that you can hang around to busk or sell stuff.

For future generations I think buying land communally, recreating community should be considered
Last edited by a moderator: Feb 22, 2020 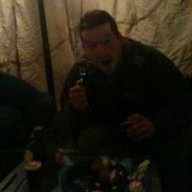 NZ is awesome, by far my favorite. www.helpx.net and you with have a roof n a full belly for 4hrs of gardening or whatever. I traveled all over the South Island n places on the north. Your right about the poison but DOC posts everywhere before they drop it in. Trapping permit for full use of the back country huts is $40 For the season n you have a bed every night. They love buskers on the South Island as well. Auckland is a sketchy place at night at times is why I dipped to the South Island. There’s a ferry that crosses n it’s a cheap ticket for someone on foot.. the hospitality is awesome n they love travelers. Happy trails..

Tramping, not “trapping”...
You must log in or register to reply here.