From the Magpie to Demolition Diner: Memories of Bristol’s Best-Loved Squats (1 Viewer)


From the Magpie to Demolition Diner: Memories of Bristol’s Best-Loved Squats
By Jessica Bateman 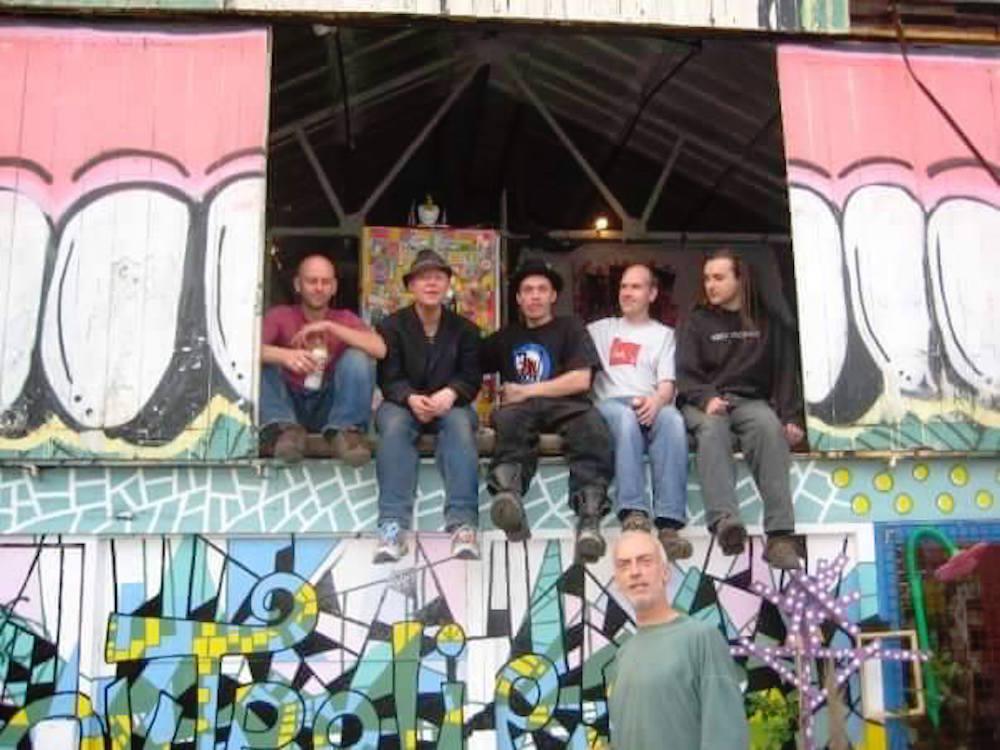 Bristol's Stokes Croft road cuts a gnarled, paint-splattered route north from the city centre. To the east runs St Paul's, home to the city's historically Jamaican and Somali communities and the location of notorious riots in the 80s, and to the west sits affluent Kingsdown. In the empty spaces left derelict long after World War Two, a thriving counter-cultural scene blossomed, starting with the punks in the 70s and evolving into the festival and alternative art communities of the late 90s and beyond.

The squats created a space for parties, performances and exhibitions – and one where artists could live and work without worrying about making rent. The graffiti-sprayed buildings changed the aesthetic of the area and, inevitably, the neighbourhood became fashionable, creeping up in price.

The summer of 2011 marked a turning point. The eviction of long-running squat Telepathic Height sparked riots, and anti-squatting laws were soon passed by the coalition government, making it harder to open new spaces. One by one, many of the squats were emptied, with coffee shops and craft beer bars popping up in their place. This year, the last standing squat in the area – the Magpie – was sold for £300,000 at auction so we spoke to people from different squats over the years about their memories. 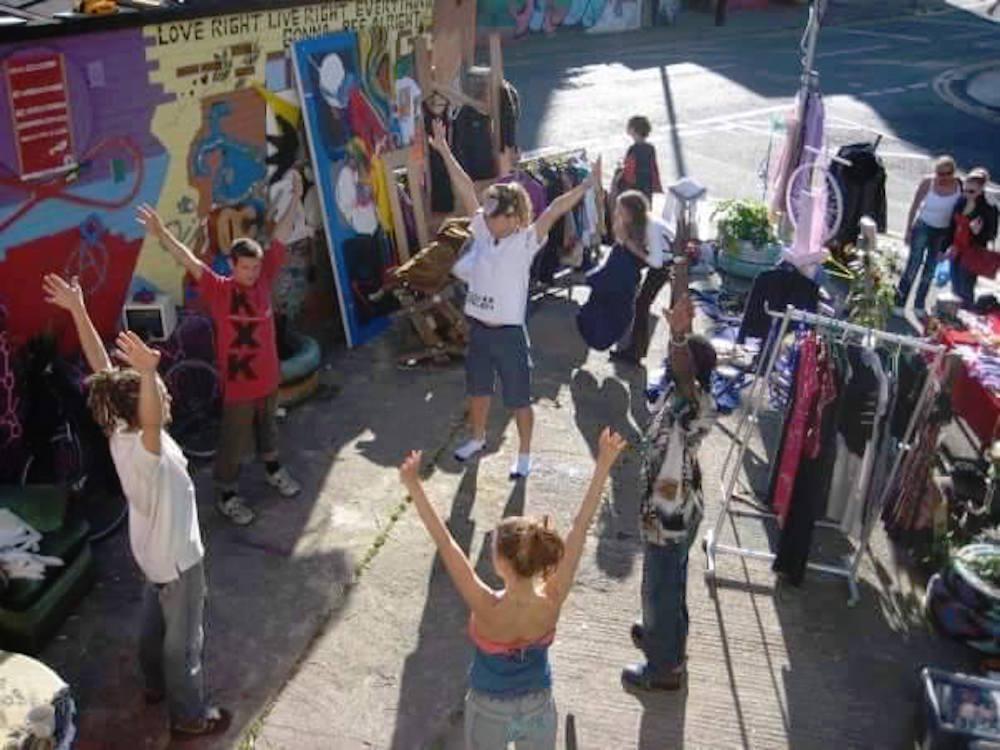 Dav Khay, 37
Opened the recently auctioned Magpie squat
It was about 2006 and a group involved with festivals and events were looking for a space to live and work. We got wind of this empty building – just a shed, really – and found a sliding door at the front that was unsecured. We just opened it and went in.

It bloomed into this amazing creative community. We got funding for a workshop and tools, and opened it up to people who wouldn't normally have access. Someone made a solar-powered milk truck to take round festivals, another built a transportable yurt that packed down onto a bike. Once, we turned the upstairs into a stage and opened up the yard to the public, which ended up turning into a full-on street party.

When the building was put up for auction, one of us actually had enough funds to bid for it but the security refused to let us in. Now I'm trying to do similar things elsewhere – I'm about to go to Greece to set up a project with refugees. It's made me realise how important it is to fight for these spaces and the positivity that can come out of them.

Bear Hackenbush, 53
Opened 80s squat venue the Demolition Diner
In the early 80s the area was desolate. There wasn't anything going on apart from the punk and squat scenes because, to be honest, no one else wanted to go there. When I was about 21, a group of us decided to squat an abandoned shop and adjacent VW showroom.

We turned the shop into a cafe called The Demolition Diner, then got the electricity working in the showroom – a bit dodgy because it used to flood – and called it The Demolition Ballroom, for gigs. We took it in turns to work in the cafe, serving vegetarian and vegan food. Locals came in all the time too, not just the anarchists and the lefties, as it was only about 50p a meal. The Ballroom became an established venue on the touring circuit, and we also started a market during the day. It was great.

There were a couple of dodgy instances – a riot broke out once after an altercation with local kids – but generally the police left us alone. I started getting involved with events at different venues and drifted away from it, and eventually the place got evicted. These things tend to fade out over time, but it was amazing while it lasted.

Doug Francisco, 48
Used an Audi garage as a performance space
I'd spent years travelling round the world with my performance group before coming to Bristol via London in 2005. We started putting on performances in a squatted house at the top of Stokes Croft but it wasn't big enough – we'd have 100 people at the door queuing to get in. We noticed an old Audi garage – a huge, multi-level space – but it was in such a state we weren't sure if we wanted to take it on. It had been used as a shooting gallery by local addicts and was pretty destroyed. But then we just decided to do it anyway.

We started putting on exhibitions and weekly cabaret nights in the front space while we did the rest up. It all culminated in our event The Road to Nowhere – we opened up the space, using all the multi-storey parts of the building from when it had been a showroom and workshop, with different artists and performers everywhere. After we were evicted we started working with the council to take over empty spaces and give them to artists but, as in London, there's less available now prices are going up. The pop-up culture that's been fashionable recently draws from squatting culture but commercialises it. It used to be people with no resources making something out of nothing, and now it's people with a lot more resources competing for much less space. 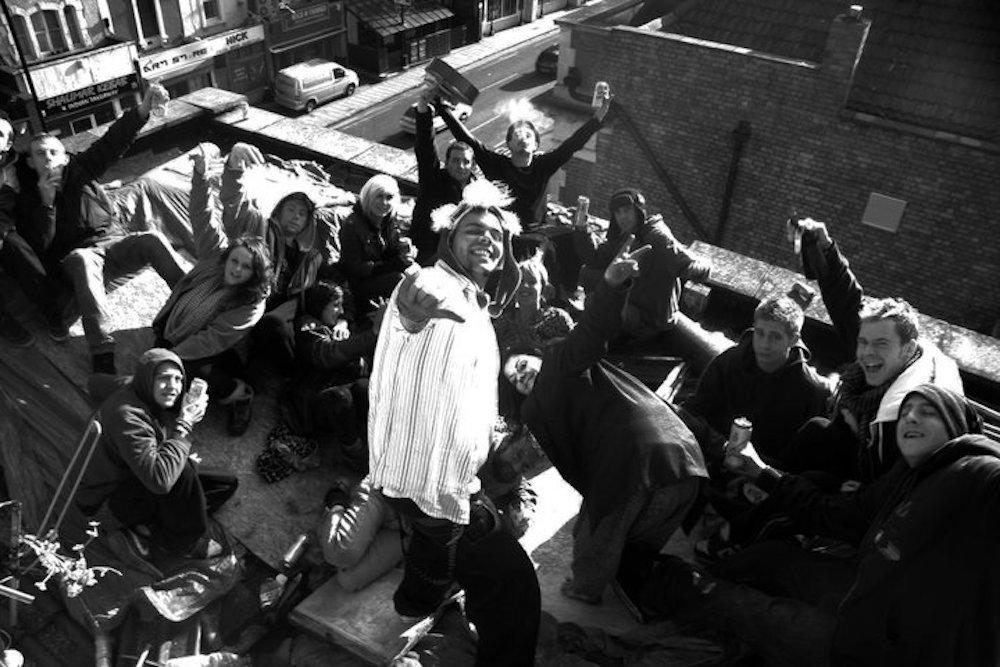 Life in Telepathic Heights (Photo courtesy of the Silly Tang)

Philip Pezard, 31
Telepathic Heights resident during the 2011 riots
I was 24 and had just finished uni when I moved into the squat. The building itself had been open for years but the last occupants had been sent to jail, so me and three mates – Salim, Dave and Max – came in and did it up. We made it a nice place to live.

When you're living in alternative spaces – whether you're an artist, an anarchist, a drug addict or whatever – you become one community together. We were friends with the homeless people in the area, they'd come round and get pissed in our yard. We had some mad parties, but the craziest of all was the eviction one. We'd received notice from the council, so we moved all our stuff out and put the word out. Every type of person you could imagine turned up and it got a bit out of hand: people were tagging the walls and pissing everywhere. But the bailiffs never arrived and the party ended up going on for three days.

We tried to find out what was happening and were told the police thought we were making a molotov cocktail to chuck at the newly-opened Tesco opposite, which we found hilarious. Then a week later, 325 riot police turned up without notice and tried to arrest us. We came out without a fight, but a bunch of local anarchists got wind of what was going on and came to protest. Everything just kicked off. The police were so distracted by the riots that we managed to sneak back inside. We saw one officer get hit in the head with a rock, it was horrible. We put the decks on and just tried to block out everything that was happening. 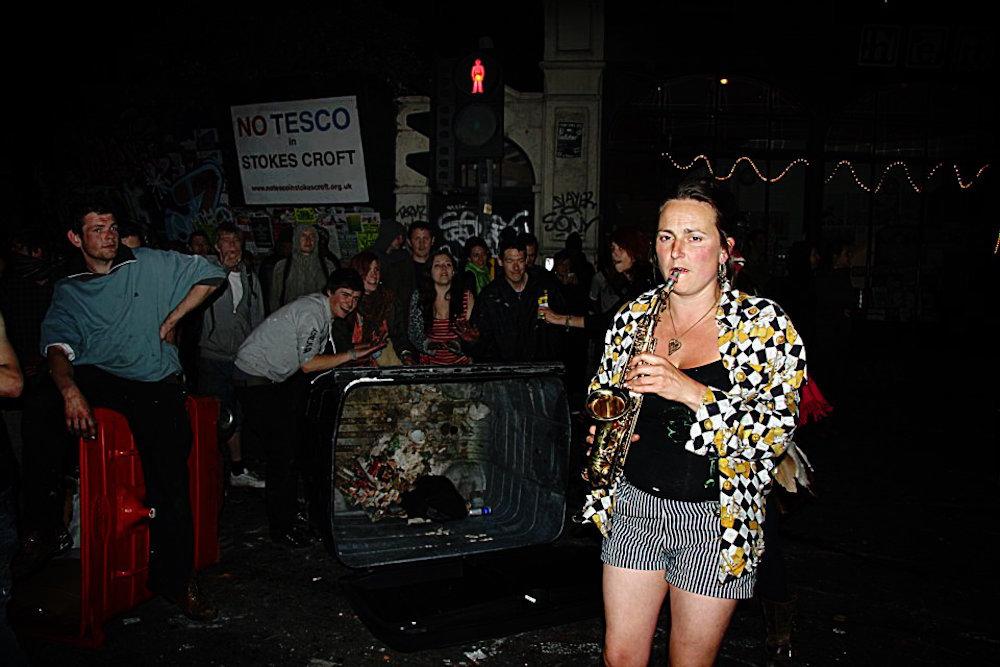 When they finally came for us the next morning I'd only had about half an hour's sleep. They made us sit outside in the boiling sun for three hours. I had half a gram of ketamine stashed in my sock and did the whole thing in the back of the police van – it was actually the best way to deal with being in custody for 48 hours, because I just slept through most of it.

They tried to charge us with terrorism and pin the riots on us, but they had to drop it because obviously there was no evidence. We eventually got an apology from the chief inspector but it'd already messed us up. One guy had mental health problems already and it affected him really badly. It hasn't put me off squatting though. I'd do it again if it was the right time and place. 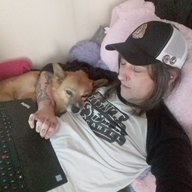 Epic
You must log in or register to reply here.