Heading to Mexico...come with? (1 Viewer) 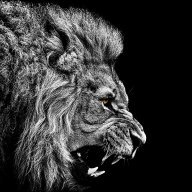 Lost my roadie about an hour ago due to weird circumstances, i am planning on leaving NYC within the next couple days and making my way south into Mex. if you are relaxed and not totally fuckin insane(just a lil bit) then hit me up! 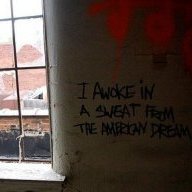 Woorrdd.. Best of luck to you - it actually seems like you might head out!! Hehe took ya long enough...

i'll be headed down there for Rainbowz in late November, so... hum.

I feel so sorry for burdening eveyone on this board with my countless messages about going south and what not and its not really an issue of fear but of probation drama, but thank you all for dealing with my bullshit haha 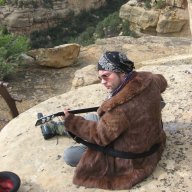 Location
ON THE ROAD!!

At long last he was unencumbered, emancipated from the stifling world of his parents and peers, a world of abstraction and security and material excess, a world in which he felt grievously cut off from the raw throb of existence.
BEAUTIFUL.
im leaving NY to go to memphis soon.

yeah, man... i know the feeling of having all this angst and shit about probation/records/parole/police/customs/immigration/passports. Yes, believe you me, i gotcha. So, are you really heading down there, or are you still on PB? I thought it went until December or something... The worst that can happen is that they don't let you in, yah? Go to a border crossing that is heavily traveled; places like TJ, Juarez, etc., you don't even need a passport if you tell them you're just going for a brief stay. Just.. don't come back. haha.

Yea i am still on PB BUT i contacted my PO about early release so i am waiting to see about that since its my first offense and i paid all my fines, what was your experience with traveling with warrants barefoot? I know you touched on it in a prior thing i posted a couple months ago but yea...

My plan is to not come back, i actually want to stay in Central America, try to marry a local(No, not for citizenship down there, but i love Spanish women ha) and just dissapear into a mountain community somewhere in MEX./Central America and live out my days cultivating the land(Sound too romantic? ha) So i have read numerous times on google you can re-new your passport with warrants but it would suck to be wanted in the U.S., leave to travel, passport expires in 3 years, i apply for a renewal at the local Mexican/Wherever embassy and have them deny my re-newal because of a (Misdemeanor) warrant in Philadelphia, then get deported back to the U.S.

But if that happend like i said, i would just dissapear into the mountains and join the Zapatistas or something ha.

I've never really traveled with warrants, except when i went out to Hawai'i; it was just a 3rd deg. retail fraud, though, and they didn't even pick up on it/say a damn thing about it to me when i was flying. i had that warrant out for 3 yrs, but never traveled abroad with it. When i went to Mexico, had no warrants - several herb poss. charges (and that RF), but i was in NC when i got the possessions, and it's 'decriminalized' there, so... still a charge, but not that bad.

So. i don't know what to tell ya, man; it sounds like you're doing well, though, and at least trying to get yo' shit straight before you take off - good man. warrants suck ASS, no matter what, and they NEVER go away. shitty excuse for a 'free' country, eh?

but yah. if you wanted to disappear into MX/CA/SA... you could definitely do it, as long as you don't draw attn. to yourself. you can work there (granted, for shitty mexican wages, but... it's dinero, si!) if you meet the right people - work visas and crap like that are for fools who follow the rulez.

I always appreciate and like your posts. Thank you for your insight.
You must log in or register to reply here.

Heading towards PNW to live aboard