I’m Evelyn, she/her. I’m Bipolar and I have IBD, so need a fuckton of expensive medicine to not either a) not have intestinal ulcers or b) not have a hypomanic episode and fuck my life up. So, this is likely a pipe-dream, but with virtual doctors visits and chain pharmacies, maybe it isn’t.

I’d love to travel anywhere that I won’t definitely be murdered in, which is, like, a whole six places. Love that for us.

I will happily fling myself at any not-creepy person who plays VtM, because seriously, where the fuck are the players?

I really love food. This is all just a pretense for me to wife myself up a handsome cook. With muscles. I’m a muscle baby. /s

Ugh did I seriously say “I want to escape this?” God, is this my eno phase again?Next I’ll be letting everyone loudly know that no one understands the blackness of my soul. 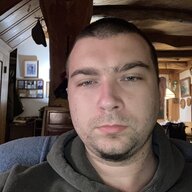 SlutForSatan said:
Ugh did I seriously say “I want to escape this?” God, is this my eno phase again?Next I’ll be letting everyone loudly know that no one understands the blackness of my soul.

I love cooking. And satan. I can cook curry.

Welcome! How much does your medicine cost? Sounds like 'vanlife' might be the most realistic option, depending on where you want to go and what you want to do. Any specific destinations in mind?

Unfortunately, I can’t drive because of my meds (it slows my reaction time too much for comfort), so IDK. I’ve thought about maybe squatting somewhere like NYC, which I’ve heard has more favorable laws than other places, and traveling out from Amtracks. In terms of making money to afford my meds, I’ll probably do cam “modeling,” because it can be pretty lucrative, and it’s really the only feasible option. If some miracle happens and we ever actually get a passable healthcare system, I’ll cry for days, but that’s wishful thinking, so.

If I could go anywhere, I’d probably go to Bisbee. My dad used to be transient during the 90s/early 2000s, because poverty and patterns of generational abuse by his uncle/my great uncle, haha why am I telling you this, and he’s said that Bisbee was the best place he went to. We’re very close, and I’m curious to see it, even though it’s probably a gentrified spa town now. Other than that, anywhere, really.

Edit: To clarify, I'm not saying that everyone transient is because of abuse, but it definitely is a factor for a lot of people. I'm a Libra, so I want to be as annoyingly pacifying as I can be, but also blanketing the label of 'victim' on people would be shit, and I don't want to be see as doing that.
Last edited: Mar 9, 2021
D

I wondered from the title if you meant you wanted to escape this life. That would be a lot to unpack on here.

If you are on high dollar meds then there is a good chance you are eligible for SSI --- SSDI if you have every worked a W2. To that point, back east, the meds are a slam dunk to be comp'd by the state through the dole. Concur with @Matt Derrick that vanlife might be the way to roll although as a freight hopper I love the trains. Dunno as I do not know you or how u maintain. Regardless, cast as much caution to the wind as you can and welcome aboard!
You must log in or register to reply here.

in which i announce my bid for anti-president..

My Four Months as a Private Prison Guard