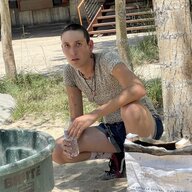 The morning sun filtered through the blinds into Ryan's bedroom. I turned to face them, all swaddled up and cozy in their sheets. I leaned over and placed a kiss on their forehead, and nestled myself next to their chest

"Today is going to be a good day."

Much of it was spent driving around town. I didn't have much money to speak of, and both of my partners had to be at work that day, and I didn't want to just spend it sitting on the couch watching Netflix, so I resigned myself to be behind a steering wheel. After dropping off Kyle and Ryan at their respective places of employment, I drove their car around the city, taking in San Diego while listing to my newest musical obsessions with the windows down. Kyle had made me a wonderful lavender iced coffee from the cafe that he works at, and I found myself a place to park near the harbor where I finished my drink and sat watching the boats sail on by. It was there I sat, almost in a meditative state, thinking about my journey and what I'd be getting up to for the rest of the summer. It was peaceful and lovely, and it felt good to take some time to finally stop moving for at least more than a few minutes. Tomorrow I'd be heading up to Los Angeles to play a DIY music festival; the whole reason I even made the trip, but for now, I was thankful for this little detour to visit my partners before I continued on my way.

After picking up Ryan and Kyle, I chilled with them at home while they got ready for the plans they each had for the night. Ryan had another trivia night at brewery across town, and Kyle had a kind-of-but-not-really-sorta-possibly date at this stand up thing with this girl that he had a crush on over near the shore. I dropped off Ryan at their trivia thing, and then went back home to pick up Kyle and drop him where he needed to be. After making sure that he got into the theater okay, I made my way back to where Ryan was, and parked about a block down the road. I wasn't in the mood for thinking about things, but I heard that there was a trans/nonbinary/gender nonconforming/POC night at this leather daddy bar called The Eagle, which was right around the corner from where Ryan was. We agreed to meet up there after their were done at the brewery, but I wanted to drink at least a little bit and scope out the scene first.

Inside the bar, I was excited to see other trans people having a good time, and immediately I felt more at ease. Surrounded by my community, I sat down at the bar, and struck up a few conversations while waiting to order a drink. Finally I was able to get a single whiskey & coke, my poison of choice these days, and started sipping on it, scanning the room for interesting interactions, seeing if I could squeeze in a game of pool with someone, and finally just deciding to people watch, at least until Ryan was done.

As I was sitting there, lamenting silently to myself about my drink not being as strong as I would have liked, Ryan texted me letting me know that they were starting to pack up. I downed the rest of my libation, and made a face as I realized that the last sip was considerably more bitter than the rest of it. A danger bell went off in my head, and immediately I suspected that the drink had been drugged. I wasn't entirely sure, but if I was, I'd rather be around my partner than be alone in a bar.

I met up with Ryan around the corner and offered to help them take their stuff back to the car. At this point I was feeling a little bit more drunk than I should on a single cocktail, and I informed Ryan of the possible situation. They agreed to keep a close eye on me, but I didn't want to go home just yet, so we decided to go back to the bar. Once there, we discussed all possible ways of this turning out okay, or at least as okay as it could be. We had the car, and Kyle was halfway across town with no real transportation besides trying to find a ride from someone at the show. Ryan didn't feel comfortable driving, as they had been drinking at trivia, and if I was in fact drugged, I didn't want to be behind the wheel and get us killed from passing out or something. As the conversation went on, I felt like I was getting tired, and I asked Ryan if we could go outside and sit down.

On the ground wit my back to the wall, I felt sleepy as all fuck, when I was full of energy just half an hour before. This was enough to convince me that I wasn't okay, and that we needed to be somewhere safer than this. Ryan asked if I felt comfortable sitting outside by myself, and when I said I did for a little bit, they ran inside to let the bartender know what was happening, and to possibly keep an eye out for anything else.

The bartender responded with "Well what the fuck do you expect me to do about it?"
At that point Ryan decided they needed to get me away from there.

With Ryan practically holding me up and leading me to the car, I felt drunk as I've ever been. I was stumbling like crazy, but my cognitive function was still pretty fuckin clear. I could process everything that was happening, but I couldn't get my body to move the way I wanted it, or needed it to. When we got to the car, I laid down in the back, and was in and out of consciousness according to Ryan. They sat in the passenger seat, and called Kyle, letting him know what was up, that we were basically stuck, and asked if he could come down to drive us home. I don't know how long it took for Kyle to make his way down there, but I remember feeling the car pull away, and while laying motionless in the back, I could hear their conversation about it, about me, and how lucky I was that Ryan was there. We made it home, and the two of them helped me up the stairs to the apartment.

I was sitting on Ryan's bed. Kyle brought me water, while Ryan was holding me and making sure I felt safe. I was feeling a bit more there, and I could walk on my own, but fuck. That was really fucking scary. For me, for my partners. I tried to sit and process and rehydrate myself, and then I started crying. I was safe, but I was so close to being who knows where with some creepy fucker who was probably watching me the whole night. I tried to recollect myself, and I asked if I could stay with Kyle that night. I've known him for almost ten years, and we've been seeing each other on and off for a majority of that time, and I really needed something familiar, someone I trusted fucking completely. It's not that I didn't want to stay with Ryan, we just haven't been dating that long, and I needed the comfort of knowing. I fell asleep next to my best friend, and for the first time that night I felt safe.

This story has a happy ending, I promise.

Kyle and I drove up to Los Angeles the following evening, getting me to the show just barely in time for my set, and as I bid him goodbye and gave him the biggest hug I could muster, I began singing and playing my songs to a room full of strangers and friends. I sold out of merch that night. The rest of the evening was filled with tunes and laughter and hugs for homies that I hadn't seen in years. I took a recording of the sounds of the show outside the DIY venue, and over the lullaby of a couple of 11 year old girls singing Never Coming Home by Ramshackle Glory on their ukuleles, another young child turned to her mom and said

And in that moment, everything, the harrowing experiences, the hours in the sun on the highway, the bugs, the camps, the twists and turns, all of it was worth it to be sitting in that parking lot, looking up at the moon after playing one of my best sets surrounded by old friends and ones I haven't made yet. All of it, all of it was so so so worth it.

My friend Katie called me over, and I stood up and walked into the door, greeted by smiles, and I knew that I was exactly where I needed to be. 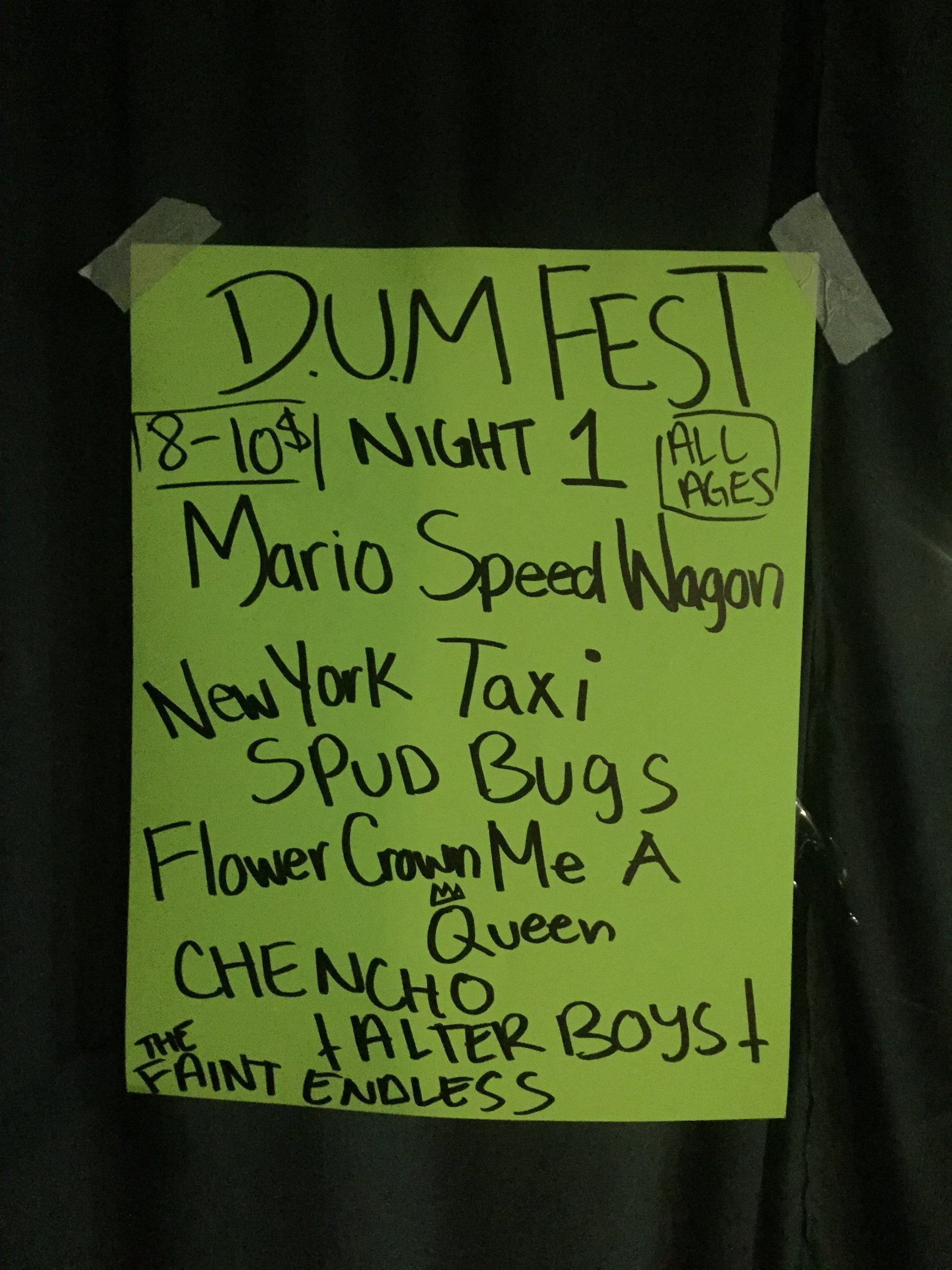 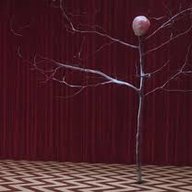 That was a great story. Thank you for sharing.

I'm glad you had your friends near by when you were drugged.

That was a great story. Thank you for sharing.

I'm glad you had your friends near by when you were drugged.

That unwanted drugging sounds scary as hell.
Click to expand...

Honestly it was really fucking awful, I’m just glad I was safe and taken care of, and I’m so thankful to have partners like them.
D

I closed my account
Dang you are a really great writer! Im sorry that happened to you. I was also drugged at a bar once...on christmas! What a scary and awful feeling. Like, peoples faces were just these soft blurs. All turned out well in the end but man what a weird time. We are both very lucky!

stormy412 said:
Dang you are a really great writer! Im sorry that happened to you. I was also drugged at a bar once...on christmas! What a scary and awful feeling. Like, peoples faces were just these soft blurs. All turned out well in the end but man what a weird time. We are both very lucky!
Click to expand...

Fuck, that sounds terrifying. I’m glad you ended up okay, I’ve definitely been even more careful with my drinks after that.
You must log in or register to reply here.

Hitchin' Denver to California: What Could Go Wrong? (Pt. 5)