How Bernie Sanders Shaped the Northeast Punk Scene
May 15, 2015
by Paul Blest

In Burlington, Vermont, 242 Main Street was originally the location of the city's water department. A nondescript building situated near the campus of the University of Vermont and across from a jewelry store, it would look more like an old middle school if not for the graffiti covering the front door and the sign next to it that reads, "Celebrating 25 Years of Art & Music."

It isn't a household name like the now-defunct CBGB in New York City, and it doesn't get the same recognition in the punk rock history books as a spot like 924 Gilman Street in Berkeley. But 242 Main Street is special in its own way: Nearly 30 years after opening its doors, it is now one of the longest running all-ages music venue in the country, beginning as an offbeat government-funded effort to overturn a draconian city ban on live music that resulted in the transformation of an old administrative building into the municipal youth center that exists to this day.

The leader of that effort, and the person perhaps most responsible for the founding of 242 Main, was Jane O'Meara Sanders, the director of the Mayor's Youth Office who later became the president of Burlington College and now serves as a commissioner for the Vermont Economic Development Authority. As for the mayor who was partly responsible for this DIY, youth-run venue that played host to bands like Fugazi and opened the same month that Husker Du released Candy Apple Grey: It was her husband, Bernie Sanders, now a Vermont Senator and Democratic candidate for president in 2016. 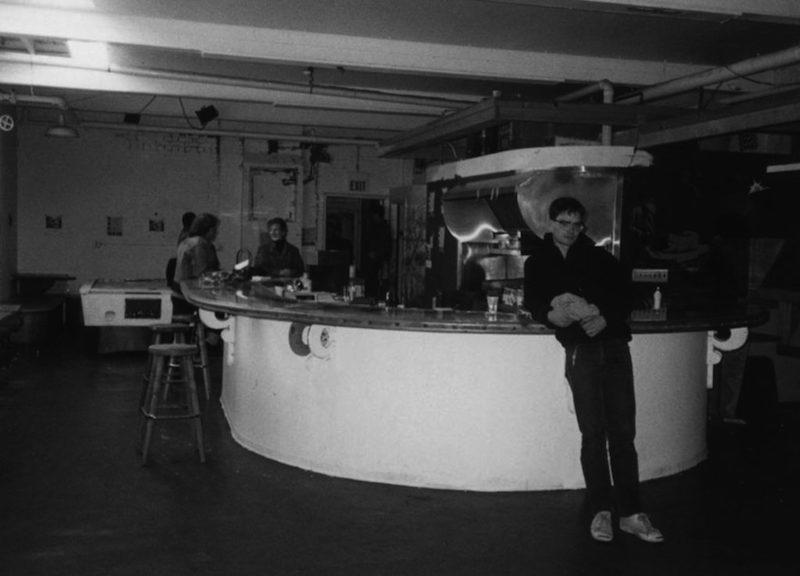 When Bernie Sanders was elected mayor of Burlington in 1981, after an upset win over a powerful six-term incumbent, he tasked O'Meara Sanders, his future wife—who at the time went by her maiden name Driscoll—and local youth organizers to find a way to improve communication between the city's politically active youth population and the municipal government.

"The first thing was that we wanted an office in City Hall," O'Meara Sanders said in an interview with VICE. "One that was empowered when decisions were being made. So we went before the City Council, a local principal and I, and we said we wanted a desk and a phone in City Hall. And they approved it." 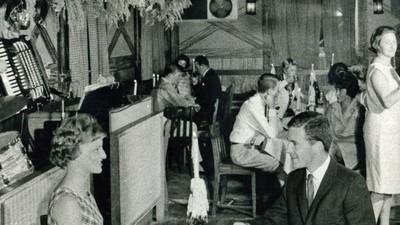 Are Club Nights with Rules Trying to Force Us into Having Fun?


Run by a mix of volunteers and public servants, the Mayor's Youth Office set about implementing new programs: launching a Burlington public access TV show run by kids; opening a sliding-fee scale daycare that's still running; helping the elderly with snow shoveling; and starting a newspaper run by teenagers that published stories on issues ranging from teen suicide to the school budget.

One of the main goals of the new office was to build a youth center in Burlington—and local teenagers made it clear that they wanted it to be an all-ages place where they could see and perform music. The problem was that a local ordinance passed during the previous administration prohibited live music performances on public property.

"We did a battle of the bands the first year and we got approval to do it that one time, and it was fantastic," O'Meara Sanders said. "We had hundreds and hundreds of kids coming out for six bands, and it's still going onto this day."

After the success of the first show, the Mayor's Youth Office started using a local auditorium for kids to play and watch music, but found that it wasn't an ideal spot. The solution was 242 Main Street, the vacated office of the Burlington Water Division.

Related: Bernie Sanders Dreams of a Revolution in 2016

Initially, O'Meara Sander said, there was some public opposition to the new center. "There were editorials saying, 'We don't need a center downtown, we should just participate with nonprofits and after-school centers,' but even in City Hall, when [the Mayor's Youth Office] grew we moved to the first floor of City Hall, and instead of walking up the steps, kids would walk in through the window... We had kids all the time in City Hall."

"When I went to City Hall for the first time as a community organizer, before Bernie was elected, it was gloomy and dark," she recalled. "But when we started, we did a performing arts program where we did Annie and Grease, and they'd practice for the plays every day in the City Hall auditorium where people worked, so finally the City Hall people were like, 'Yeah, we agree, they need their own place,'" she laughed. 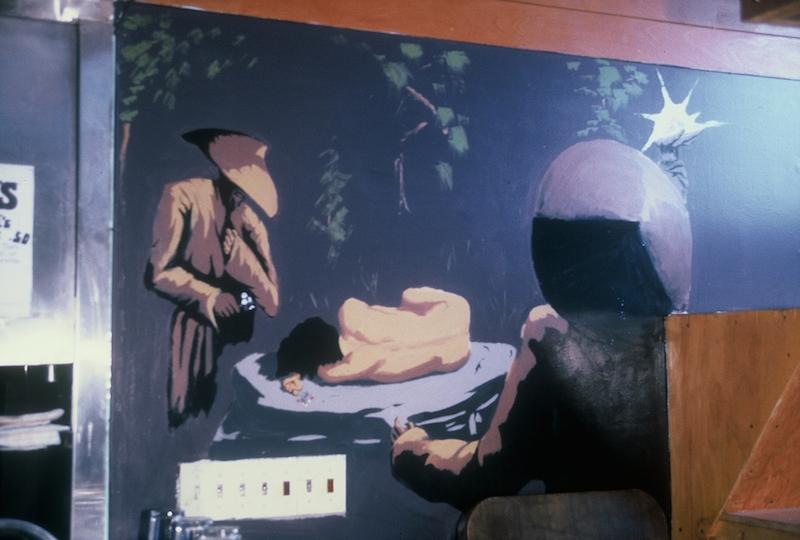 242 Main started out as an all-encompassing youth center, but by the end of Sanders's tenure as mayor in 1989, it had become renowned for its punk scene—a transformation that is all the more remarkable given that local police forces and large rock clubs in other cities at the time were doing anything they could to stop punk from happening. Not to mention that, in the Reagan era, with the federal government rapidly pulling funding from local governments, paying for a teen center with city dollars was no small feat.

Noisey: The Life Cycle of a Punk Band

Under the management of Burlington resident Kathy Lawrence, the space played host to local punk acts like Hollywood Indians as well as legends like Fugazi and Operation Ivy. To this day, it hosts independent music of all types: while most shows at the space are made up mostly of local bands and smaller touring acts, the venerable Boston hardcore band Bane, a stalwart of the scene, played a 30th anniversary show at the venue last October.

"The impact 242 Main has had on Burlington music is incalculable," said Dan Bolles, a music editor for Vermont alt-weekly Seven Days, who wrote a retrospective of the venue back in January. "You would be hard pressed to find any rock musician who grew up in the area that hasn't logged time on that stage at some point... It's where most of us played our first shows and learned how to be in bands. Most of us eventually age out of 242 Main. But it's a cornerstone in the musical upbringing of local youth to this day." 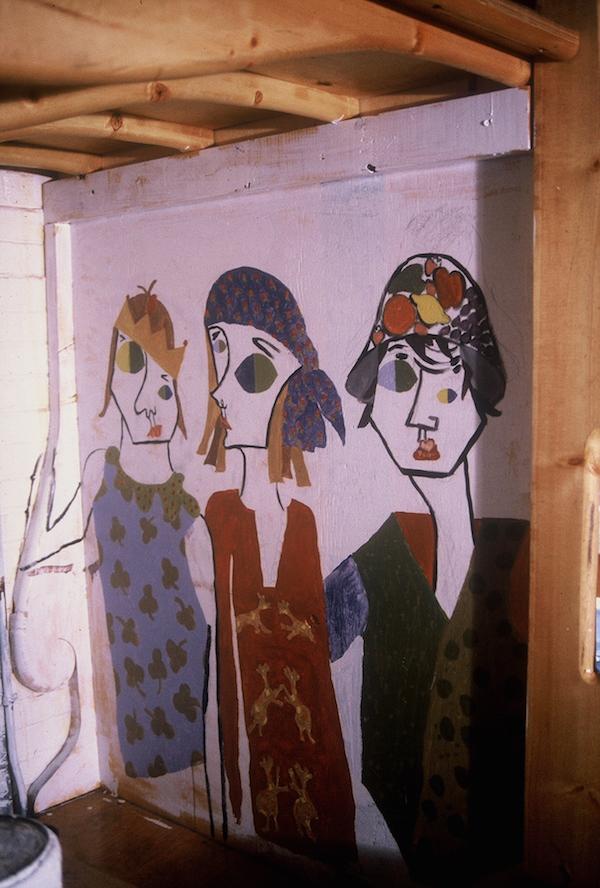 
After Sanders left office to run for Congress, 242 Main was bounced around between several city departments before falling under the jurisdiction of the Burlington Parks, Recreation, and Waterfront department. It remains an all-ages, substance-free venue, and for the most part, it still operates with the cooperation of the local government.

"I'm told that there have been times when the police and city officials have taken an interest in 242, probably because throngs of punky looking kids hanging around is apt to arouse suspicion," Bolles said. "But more often than not, the cops come to realize that 242 Main is pretty benign. Hell, half the kids who hang out there are straight edge." 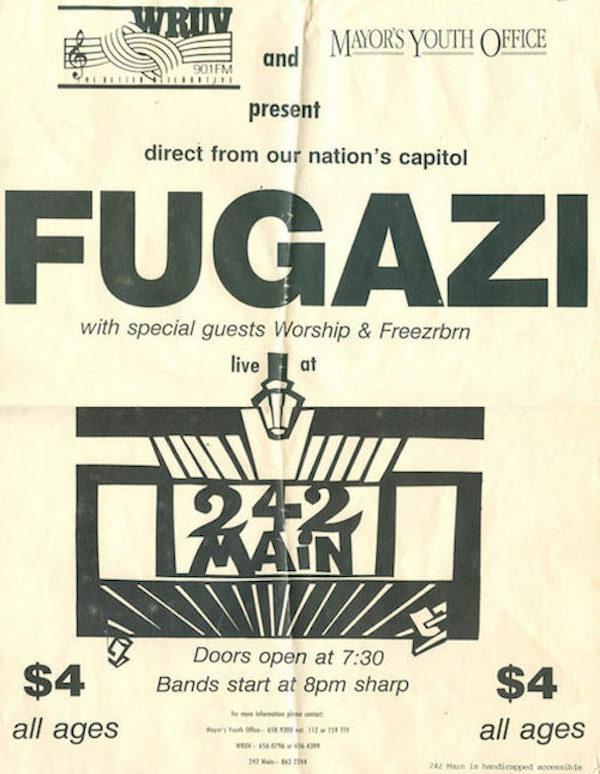 
When I asked why Burlington decided to start the youth center, in the face of what was considered common sense governing at the time, O'Meara Sanders was matter-of-fact. "It was something that the community of young people said that they wanted, needed, and were willing to take care of," she said. "They didn't ask us to give them anything—they asked us to provide the opportunity. Everyone was very well aware that they had to police it and make sure that there were no problems. For us, it was a belief that if kids feel that they're respected and needed and that they're a component of a greater good, then that's fantastic."

Now, as Bernie Sanders gears up for a 2016 presidential run, the formation of the Mayor's Youth Office and 242 Main provides interesting insight into the administrative style of Vermont's beloved Socialist senator—an offbeat yet tangible manifestation of Sanders' ideas about democracy, which almost radically encourage participation in government. With his work in Burlington, Sanders, whose anti-establishment politics have puzzled pundits and endeared him to liberals looking for an alternative to Hillary Clinton, staked his claim that government can be a positive force in people's lives. And for generations of kids in Burlington, 242 Main Street has been just that.

not sure why this was marked resources, so i changed it to news and blogs.
You must log in or register to reply here.