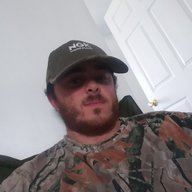 Wawa said:
Early on the morning of May 26th, we shoved our mighty pile of gear outside, lured in a pair of taxis, and loaded up in the icy cold before the sun rose.

The bus station was chaos. Umi was immidiately pickpocketed. He kept the money and returned the wallet before melting into the crowd. With an armfull of wallets and passports, I guarded our gear pile while others unloaded taxis and found our bus.

View attachment 32009
Learning about the shitty logistics of having too much stuff but needing all of it.

The Arkhaveer bus was stuffed, but the driver packed and repacked, stuffed the aisles with tires, cases of soda and suitcases. I was on edge, worried we'd be split up, left behind at the station with an immobile pile and no where to take it. When we finally all got on, the disgruntled driver demanded an extra 5000MNT(about 2.50USD) and I was stoked to pay up and go.

The bus trundled along the pitted, desolate highways of central Mongolia for eight hours, disgorging people and supplies at clusters of Gers along the way. We cut through a corner of Gobi desert, where two-humped, long haired camels crouched alongside the pavement, then north again into Arkhaveer.

Tamir and Tamor, our contacts in the area, came to pick us up. We met up with Indre and Ishtar at Tamor's house in town, where a big pickup truck waited to take us on the two hour cross country drive to the family we'd buy horses from. We made a quick trip to the street market to buy snacks, beer, and vodka, settled into the truck, and were off.

It was warm, dry, sunny. We broke out the town goodies, took a lot of pictures of eachother, all pointed and admired the huge longhaired yaks, the dogs running alongside the truck, the many-colored horse herds, eagles, giant bald-headed lammergeiers.

We came to our destination late in the afternoon, and met Buch, looking like a cold-eyed smiling horselord. He had us checking out horses before we even got the tent up - most of this first bunch we ended up keeping. Mandalin, Indre, and Alan's riding horses, plus two of our packhorses came from day one.

Buch gave instructions and Tamir translated: The horses need water at dawn and dusk. We need to get our own halters on them and stake them in the better grass over the hill. Since they live here, they'll run off in a pinch and need to be hobbled. We got the horses settled, and set up our camp.

View attachment 32021
Our home on the steppe.
Click to expand...

Lmk when the next one is looking to travel with hippies