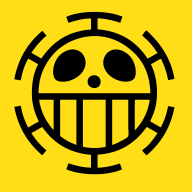 Pueblo isn't bad at all. The worst experience was with a cop telling me one thing about panhandling and another damn near writing me a ticket for it the next day. I walked through the dead of night there twice to scope out hopouts and there wasn't even an indication of sketchiness. Except meeting some weirdos playing accordion in a park at 2 AM.

Billings is fine if you stick to the area around the interstate.


Alexandria LA is hood as shit. Don't move around at night in that town and definitely don't go down Lee st.

I walked all the way from Bensenville to Chicago. I understand why they call it Chi-raq now. 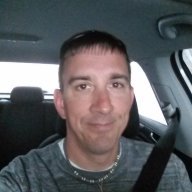 I have to agree with those who say Billings is a fuckhole. My experience wasn't so much with meth, but a few Native Americans who would get drunk off Listerine and want to fight me. Besides, the serpico aren't friendly, either.

Joplin, MO was "interesting". Chill one day, a completely clusterfuck the next.

Albuquerque (around the Greyhound station) was pretty rough.

Salt Lake City, too, was on-again-off-again fucked up. Head up towards Ogden, all is good.
J

i have to say- "rednecks" are almost always nice, good, giving people (as im def one myself) but they do judge -- as all do -- so just be honest. u drink? get high? whatever. just be true. if ( big if here) they can help, most will. i know there are ones that are assholes but every walk of life has assholes... lets just judge people individually not on race, sex or location- - just my opinion

Damn, I though I could give some good input, but everything has been covered already.

I would never hitch east of Texas, not because I'm afraid. There is just nothing worth seeing over there in my opinion. I likes me wide open spaces.

Be very careful hitchhiking on Reservations. I have horror stories. Including being brought to a meth den full of drunk guys, and nearly being jumped and left for dead in the middle of nowhere. And that was just the Navajo rez. Not even that bad.

Meh. I don't have allot of negative stories hitching. I try to be very careful, becoming another statistic would go against everything I have been doing to promote a hitchhiking comeback.

Yeah, I've traveled through several reservations, but never stopped. Once I tried to hitch from Michigan to the Badlands, but was kinda getting bad juju from the South Dakota locals around Yankton, so got the fuck out and never made it there (to this day). That was in '97.

Denver really wasn't too terrible to me. Fort Collins, however, was ruthless in terms of law enforcement on my nuts.

Ya man, ft collins is getting really bad in regards to cops crack down on homeless people. I once spent a night there in a port-a-potty hiding from the rain. Haha. Not proud of that one.
You must log in or register to reply here.