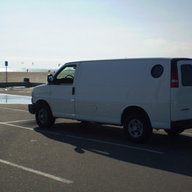 It's not the first time, but the scale of it feels larger because I'm not sneaking around. I've become the default caretaker of a property without permission and this was the first month a rent check wasn't cut. This all started in March (yeah, almost a year ago) when some property damage that was temporarily repaired came undone. In September I put my foot down and refused to cut any more checks until the property got fixed. If the building goes, the city is likely to evict us in 72 hours so writing rent checks was getting to be a bad investment. I may go into details but for now just understand it's fucking unsafe. Residents can manage just fine, but it's put me on edge about having people over in a social capacity for fear of their safety... so no more parties. This winter, everyone moved out because nobody wanted to deal with the situation any more except for the coke-addict who we kicked out. Well, almost everyone moved. Straight-laced professionals have no interest in straying from a narrow path. I'm an old DIY punk and this has been my home for almost seven years, so fuck moving out. Fix my shit or get squatted!

The owner is about 100 years old and in-out of the hospital a lot. The ex-roommate who used to cut the rent checks said they are unable to understand the situation about the house. They just want the check, so now that has stopped they may want to get involved but for now they have referred us to one of their children, the property manager, who hasn't returned our calls in about a month now. The handyman that was my contact to the landlord disappeared six months ago or more probably because he wasn't getting paid. The bottom line is that the owner can evict us in 30 or the city will step in if the exterior of the house gets worse and boot us out asap.

I found a few cool people to chip in on utilities (ex-roommates left me with about $500 of unpaid bills, so thanks) and we're doing okay. There are still two empty rooms, but I'll get by paying down some bills to keep heat & running water. Electric was a must b/c without lights the building would look abandoned. I do have some attachment to this old building and the landlord was kind enough to raise the rent only a smidgen over the past decade, so as caretaker I don't want to see the pipes burst from freezing. I would be curious to see what happens if the radiator system didn't have any water for steam... the house is pretty miserable in the summer but really nice in the spring time so I hope to stay through March or even April.

I don't think this situation is worth holding onto forever. This was a nice home and over the years I've had lots of cool roommates. There are ethical questions to this strategy, which is basically renting from the elderly in order to take advantage of them in the long term, but property purchased for the purpose of renting it out is classic capitalism so I'll sleep fine at night. I'm trying to do the right thing by holding this house together with my bare hands and not sticking them with a $1000+ water bill - the one utility in their name. It has been quite invigorating to live life as though your home could disappear at any moment but also watching the savings tick up the longer I stick around. Right now my attitude is still pretty conservative about the place - I need people to chip in on bills more than I need folks who just want to hang out. Keeping the place clean has been impossible for years because of negligent roommates but now it is as it should be - no dishes in the kitchen sink and no pubes in the bathroom sink. Not a drainbow in sight.

The fridge is full of food and the disc changer in the living room is full of METAL.

The pressure of dozens of minor repairs is now completely alleviated, having become the proverbial deck chairs on the titanic. In December I rented a storage unit for everything that was of real value to me, so there's nothing in the house I can't just walk away from. I can barely make a social commitment or form a plan because I don't know for certain where I will live next week and that freedom from commitment tastes sweet. This isn't the adventure I had in mind when I whined about needing a change this past year on StP, but it will do for now.

i think you probably have longer than 30 days, especially if you decide to fight it in court. pretty much all you gotta do is file a dispute on the eviction claim and that's probably at least another 60 days before they can legally evict you (i.e. sherriff shows up to escort you and your belongings out).

DC tenant law advice is murky if you aren't going to hire a lawyer to actually put in the work. I'm not because the situation I'm in is so peculiar that I've judged it to be not worth the effort.

Something I think as I've watched people in my life participate in the non-criminal legal system here in the US is that it rarely seems worth it and a loss (or even just a non-victory) can be devastating. The amount of time and emotional energy required to hold out for a couple of months at best seems to cost more than just paying rent. If this thread gains traction I'd love to hear from others if they think the right to stay put is worth the fight.

MetalBryan said:
DC tenant law advice is murky if you aren't going to hire a lawyer to actually put in the work. I'm not because the situation I'm in is so peculiar that I've judged it to be not worth the effort.

Something I think as I've watched people in my life participate in the non-criminal legal system here in the US is that it rarely seems worth it and a loss (or even just a non-victory) can be devastating. The amount of time and emotional energy required to hold out for a couple of months at best seems to cost more than just paying rent. If this thread gains traction I'd love to hear from others if they think the right to stay put is worth the fight.
Click to expand...

my advice was working on the assumption that you'd do the filing yourself and not hire a lawyer. sorry i didn't make that clearer. but no one can judge the situation better than yourself, so do what you think is best.

Thanks Matt always appreciate your advice. I've seen a lot about the how on StP and not a lot of the should haha so I was trying to take us down that path.
You must log in or register to reply here.

Squatting With The Keys

Hello everyone! My name is Pat