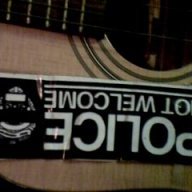 In late September, I got the urge to go to the west coast once again. I had just been off ramblin around North Carolina when I wound up in Ohio for the Foghat show. That was nice. Got back down to NC, and when I got to Raleigh, met up with a friend, Whyspers,(spell check) who was wanting to travel again. We were busking one night on Hillsborough St. when we met two other kids, Illy and CC who were going to Colorado. My intentions were to go to California. We went to a few shows over the next couple nights, including a friend, Dwight's, band "Blind Boy Chocolate and the Milk Sheiks" who play ole timey swing and folky tunes. Lost my cell phone that night. We also met up with a kid Jedd, who was heading to the west coast as well. Having a huge group, we decided to all split up and meet in Greensboro. CC and Whyspers hitchhiked there that night. Jedd and I got free amtraks there the next day after no success on freight. We got into GSO, where we spent a couple days hanging out near the hop out. One morning, a WBD stopped.Jedd and I hopped on it.As I was getting on it, i tripped over the track in front of me and broke my acoustic guitar in half. the neck snapped and i left it on the tracks. It was my dog Ella's first train, and it was a suicide miniwell. she did remarkably well with staying still, even when we fell asleep. We wound up in ATL, where we got a warm welcoming of dog food, sharpies, and beer. Next morning, we caught out to Mobile, where we got out thinking we were in Pensecola. The trussel pulling into Mobile was beautiful. Manifested a ride to New Orleans, where I finally got to experience the Big Easy. it was mind opening. the music was great, I had the chance to busk with other peoples instruments, and the city just stuck to me. There were quite a few fights though, moreso then in any other city ive been in for only a week or so. had to teach one kid why not to litter in a public park after repeated warnings. From NOLA, we got itchy feet once again and took the cheap bus to Baton Rogue. The college side of town there was pretty dank. Jedd, Hannah Montana (his pup), and Ella loved the Canes Chicken there. Met up with some pretentious hippie kids that housed us up one night and we got some dank nug. caught freight the next morning going to Shreveport, but ended up getting off in Alexandria. We continued hitchhiking up to Shreveport, when we get a ride halfway there. This exit was ridiculous. We saw no cars for four hours straight. Finally the next morning, we just wake up and see a truck pull on the on ramp. we try and wave him down and he turns around and goes the wrong way on the ramp to pick us up. That gave me a good idea of how slow this ramp was. We get a ride to the next exit which turned out being like nine miles away. From there we got a ride to the TA at shreveport, where we got kicked down mad subs, cigarettes, and snacks from the employees there in exchange for not being on the property. We tried hitchhiking all day to Dallas, and right when we were about to give up, I told Jedd, "Dude this green truck is definately gonna pick us up. " sure enough he did. he was heading straight to Dallas and let us ride in the bed and kicked down forty bucks when we left. Dallas sucked, we were out of booze, in bad moods, and found out it was a dry county. Caught the nearest greyhound to Waco TX where we split up. The hitchhiking sucked in Waco the good thing was there was cheap booze and tons of produce kicked down. Jedd gets a ride three cars into his hitchhiking when we split straight to Austin. Ella and I stay there and hang out with Mr. PBR all night busking in front of the Pilot station. Made a killin, but no chance of a ride. Finally two days later after wandering around waco looking for rides, I finally get a ride to temple, having to spend thirty bucks in gas. The couple was nice, but very hesitant in picking my dog and me up. From Temple, we went to the animal hospital in the Petsmart, where we got Ella free shots and medicine, as long as getting out of the store right in time for a tofu chinese meal and taxi called for me by a retired UP conductor. He gave us a right straight out to Austin in a taxi. It was tight. Part Two will come up soon. Running out of time on the comp.

Austin was our destination for the ATA. the ATA is on 52nd and Cameron and it provides free companion care and food for anyone in need. I arrived there on a Wednesday, and was dropped off on 6th st. I immediately tried busking up some money when I got there. Did ok, thought it was pretty tough though with all the musicians around. It seemed like every block had a different band or style of music going on. I then went to Veggie Heaven on 20th and Guadalupe, where I was told I may find the drop in over there. Found it the next morning off of 23rd, and hoped to find Jedd after chowing on some amazing whiteboxes from Veggie Heaven. Found Jedd and Hannah the next day, right after Ella was accepted into the vet for her spay procedure. The next couple hours seemed to drag on all day waiting for Ella to come back. Hannah had done the surgery a couple days before and was still a woozy lil pup. Finally Ella comes back and gets a great welcoming from her companions. Thursday night we randomly caught the CrumBums show at Red 7. Jedd had a blast there even though the staff was really weird and ended up kicking us out along with numerous other people for no reason at all. Jedd was kicked out for shaking the band's hands after the show and thanking them. We later have a blast in the alley behind the venue with a kid we met. We then hear about Austin City Limits, and decided to head out there on Sunday. We made it down there in time for the last show, The Eagles. Before the show, we were playing beside a glass vendor. One of the blowers from the tent came out to talk and play some music to take a break. He was playin some chill gypsy style jazz but had a ridiculously hard strumming pattern. The A string ended up breaking, and in reimburcement, he brought me a nice chillum he had just finished and packed it full for me. I thought it was a great exchange, and just in time for the Eagles. They were still kickin. I ended up groundscoring 16 bucks at the show. After the show, we caught the early mornin train to Ft. Worth and had good hospitality waiting for us. Didnt stay in Ft. Worth long at all. When we found the yard, we waited a day watching from the park outside Centennial. They were doing construction all throughout the west side of the yard, all night long. I thought we werent gonna be able to get out, but later on we walked over the overpass to the other side of the yard to find an immensly wide creek. about half mile down the bike path we happened to find some convienently placed stones across the water. Dropped a gallon jug of water right as we get over the bridge, but luckily we caught IM to Pecos. Got off in Pecos, and decided to call his family in Carlsbad NM. Got smoked up by the people who let us use the phone right beside the cc. Then a couple hours later, we were in a car to Carlsbad. Took a week off then, in Carlsbad, where I spent some time at the national caverns there. It is beautiful. Six bucks for an unguided tour, definatly worth it. Jedd decided to retire, so I got a ride from his family to Roswell. Roswell was dead as a doornail. The only good thing goin for it was the Walmart. Couldnt make a dime playin music anywhere there, not enough time before got kicked off. The light outside the Walmart is a great spot to fly though. Couldnt hitch out after a few days and just caught a greyhound to Albaquerque, where I puffed tough for like two days and didnt really like it much, so I went south to Belen and hopped out the next morning to sunny L.A., where my new instrument broke gettin off the train. In venice now, update more later.
J

Many moons ago, I lived near 52 and Cameron in Austin.
I once attended a party at the The Krumbums house, which was near there, as well.

On the rare occasion that I ate out, I always ate at Veggie Heaven, because they give free brown rice to the street folk.
For a vegetarian/vegan restaurant, they sure do use a lot of MSG in their food, however. 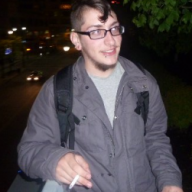 thats some bull shit about the spanging thing and it sucks about your dog! i hope she heals up ok.

yeah dude. i lost the ticket as well so i have to figure out where the courthouse is now. woulda blown it off if i wasnt gonna be here a while longer. thanks for your support about Ella. post some stories... always glad to read other's adventures.
You must log in or register to reply here.

Making it home in time for fireworks