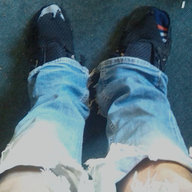 Well ... It's perhaps good that we have this 1st world problems. Just saying ...

There are countries where being homosexual is a crime and sometimes can end up in a death sentence!

And even when it comes to other countries not being straight and "normal" can lead to harassment and more.

And here we are discussing the right pronouns on ten pages.

Well, nice that we don't have other problems. 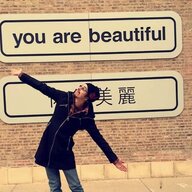 Alright, when this thread started I didn't want to share my opinion. It seemed to me to be a conversation that I could learn from rather than voice my opinion or side. Sometimes it's better to just shut up and listen than to give input on things you aren't familiar with.

However considering what this has devolved to I feel I need to say something.

This conversation is not a debate. To the users who are treating it as such, enough. These are people sharing with you how they are mistreated by our society and just asking to be respected and yall can't even do that.

To the ones saying that trans folk need to be civil in defending their experience, shame on you. I highly doubt any of you remain civil when "yuppies", cops, or anyone else belittles what it's like to be homeless or on the road. We queer people have been targeted, assaulted, and disrespected for hundreds of years; trans folk have every right to be angry.

I am locking this thread. Not simply because users "can't get along" but because I am not gonna sit by and watch as the queer users have to defend their right to be respected by people who haven't the slightest idea of how much they have to put up with out there in the real world.

I'll be damned if they have to put up with it here.

I am also going to sticky this thread to the top of the sex and relationship forum so that future readers can glean some of the very useful knowledge that was presented here. As well as so that future readers will have an example of how some cis-people will never figure out basic empathy.
Last edited: Oct 10, 2019

Imposter Syndrome and Some Other Complicated Things