What content matters to you the most on StP? Photos, stories, podcast or videos? (1 Viewer)

Hey folks, I'm curious about what kind of content draws people here the most, or what content you would be most interested in if we offered it here. I've created a poll above for everyone to vote in, and you can vote for as many options as you like.

Personally, I'm interested in potentially creating a forum section that would be a blog of my life and travels. I've done such things before in the past, but I was never as dedicated to it as I should have been, so what would be different this time around is that I have a renewed interest in sharing my thoughts on things between travels as well as sharing my travels when they occur. I'd also like to do more writing in general (I've also been eyeballing my outlines for the 2nd edition of the anarchist's guide to travel), so I think this would be a good outlet for that.

Also, I enjoy photography, and how easy it is (generally) to capture that kind of content and turn it around to display it to the audience of StP. It's much easier to do than video (which I will talk about below) and can still convey some powerful themes especially when combined with the written word.

I've also enjoyed doing the podcast, but I feel like I've always been pulled in several different directions at once when trying to do it and therefore not really being particularly focused on any one thing. Ultimately I think that made it suffer a bit, but the main reason I always stopped doing it was because I realized I have a pretty hard time carrying the podcast by myself, and what I mean by that is doing episodes alone, without anyone to help or bounce conversation topics off of to keep things flowing. How would I solve this on my 3rd attempt at doing a podcast? I'm not sure, but I think focusing on interviews as the main bulk of content would be the best way to go... the Joe Rogan approach, if you will. Second I think maybe starting off slower, say, every two weeks instead of weekly might be the best way to start out until it really gets flowing.

Video content has always been a favorite of mine, but I have a lot less enthusiasm for it over the past few years due to a few factors. First, it takes an incredible amount of work to make video content. Second, it's expensive. One of my favorite people, Kevin Smith, said that movie making is basically the hardest and most expensive way to tell a story (not sure if that's his quote or if he's quoting it from someone else) but that's absolutely true. I could tell the same story in text and photos in a quarter of the time it would take to make a video about it (and with 1/4th of the equipment), but I enjoyed the process so much that those factors didn't matter so much to me. Also, the potential of making money on YouTube is another incentive.

These days though, I'm starting to feel like the YouTube world is kind of over-saturated and the bar to entry is so high now that I'm leaning back towards going 'old skool' to the written word/photos to tell a story again. Dunno if there's any money in it, but that's not why I started StP in the first place, so fuck it. Do what I enjoy, right? And hope others appreciate it. So yeah, that's what I'm feeling right now, maybe focusing more on the written word and podcast interviews, although I imagine I would sprinkle in some video blogs that don't require a ton of my time.

Anyways, I appreciate you reading my rambling thoughts and I'm curious to know what you think of anything I've said here. Do you feel particularly strongly one way or the other about any of this? Would you care to read my blog if I had one? 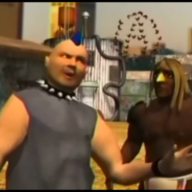 I've always enjoyed the written content/stories and the follow up comments. Theirs alot of things I've read on here thats stood out to me over the years. Good luck on trying out different formats!

"There is nothing quite so pure as the written word" 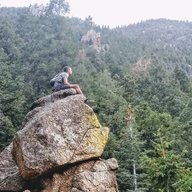 Pictures and videos are always cool.
But, you can find travel pics and videos on a lot of other sites.
The stories are the best because they are personalized; reading the specifics of how someone travels and what it makes them feel is important to me. Doing research for outta-country trips I always end up on travel blogs and it's hard to relate to them bc they are written by people who travel more conventionally. STP is nice bc the stories resonate more in the DIY nature.

@Matt Derrick , I remember finding some short stories you had written years and years ago and really enjoying them. Just loved reading @roughdraft 's experiences in Columbia with the current state of travel with the virus. Usually when I come across a trip write up from anyone on here it's enjoyable. I wish more people did it! (Though....I never really do...)

Thanks for the input so far, keep it coming if you have more (or if you're reading this and haven't commented on it yet). Even just writing out my feelings on the matter in the OP kinda made me realize the direction I'm leaning towards (writing and photography) but I appreciate the input since it seems to largely confirm those feelings.
You must log in or register to reply here.

Updates to items in the StP Etsy store